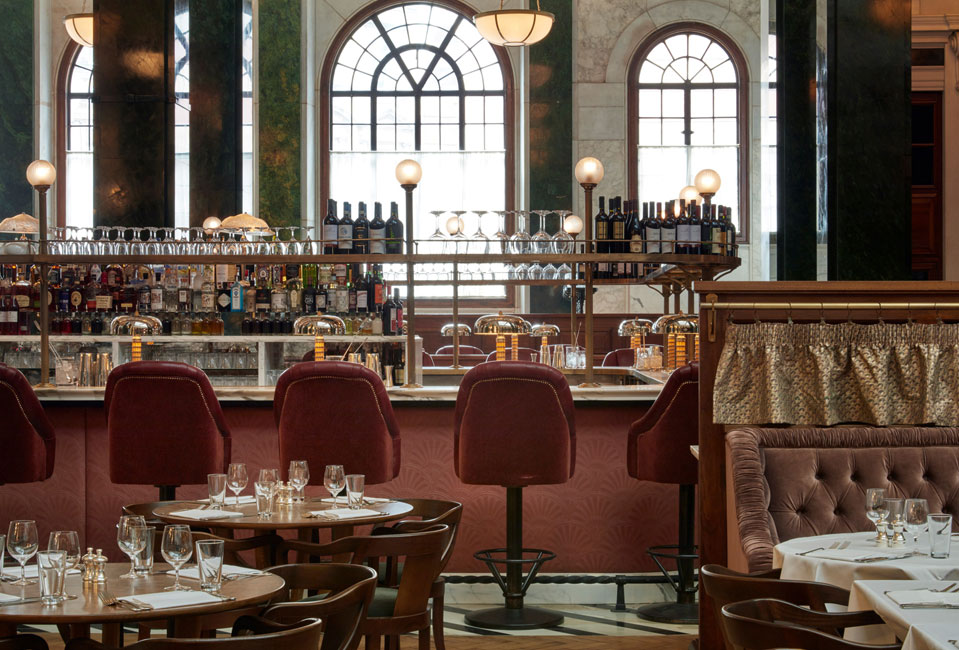 Channel the 1930’s heyday of the building with Italian embossed Aniline leather that clads the bar at Cecconi’s.

The Ned London is one of London’s hottest new hotels, set in the grandeur of an old bank dating from 1924, with 252 bedrooms, 9 different restaurantsand bars, a spa and members club. The hotel has been springing up all over social media feeds for the past few months and is arguably one of the trendiest places in London right now.

Each and every facet of the hotel’s design has been considered and masterfully executed, without any trace of gimmick or pretention

Private members’ club Soho House (with US backer Sydell Group), have transformed the former Midland Bank headquarters in to a 252-bedroom luxury hotel and also comprises a series of restaurants (including a City outpost of Cecconi’s) and bars (including a rooftop location) and an open-air swimming pool.